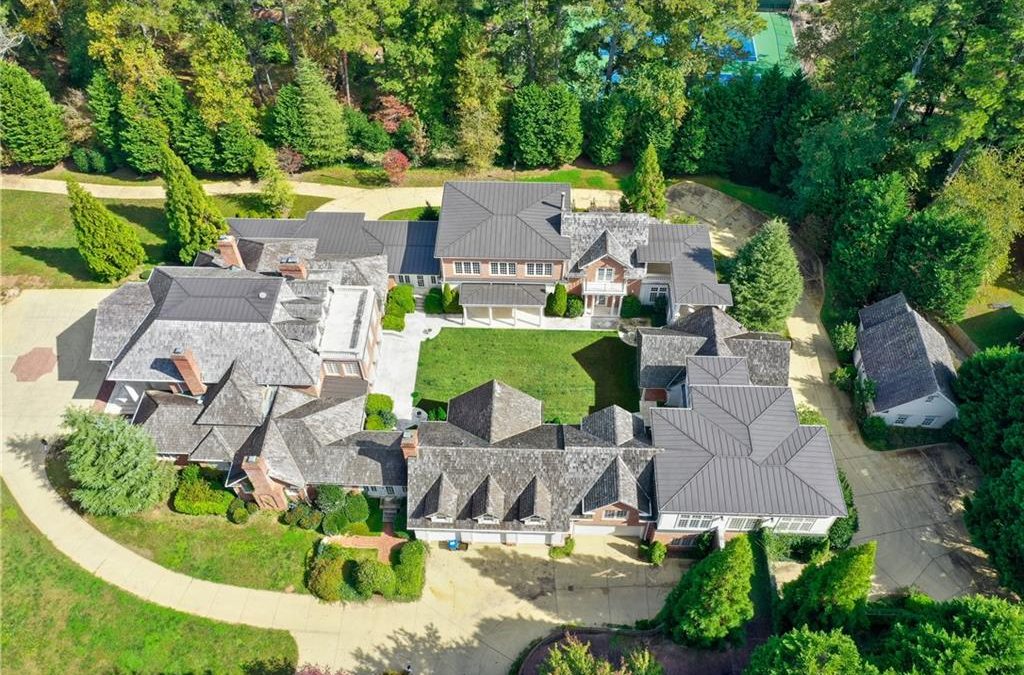 Roswell-based McPherson Mansion, a popular film and entertainment location, finally secures new ownership to the tune of $3 million dollars after spending nearly a year on the market.

Historic Downtown Roswell welcomes its newest tenants after privately announcing late last fall that the beloved McPherson Mansion had finally secured new ownership late last fall. This comes as a refreshing surprise as prior attempts of selling the property fell flat until Dorsey Alston Realtors took over the task.

The illustrious McPherson Mansion estate was acquired in mid-October by a private buyer, represented by Atlanta-based Realtor and Property Investment Consultant Kereen Henry, at a whopping $3 million, making it one of the largest residential real estate transactions the area has seen in recent years.

Located minutes away from the Chattahoochee River National Park and the Historic Roswell Visitor Center, the remarkable McPherson Mansion sits on a little over 3 acres of land and includes 8 bedrooms, 11 baths, and 3 full-size limestone and oak kitchens alongside an impressive 24 seat theater and 2 story guest cottage.

Famed for being one of the most film-ready houses in Atlanta, the luxurious Victorian-styled McPherson Mansion Roswell is a favorite amongst large corporations and TV production companies, having been selected to host the critically acclaimed VIP Grand Opening Reception of Cineposium 2016 and many exclusive intimate affairs.

However, being recognized as one of Georgia’s premiere video shoot locations in Atlanta and part of the reported $1.7 billion dollar Entertainment Economic Impact push, $9 million was a minor drop in the bucket.

Author of the popular books, the Complete Guide to Buying A Home and Selling Secrets You Can’t Afford to Miss, Kereen has taken her passion for real estate investment and turned it into a profitable and noteworthy resource for new and returning clients.

Before its quiet sale in late fall, the McPherson Mansion spent approximately 343 days on the market- which had been the seller’s third attempt at making an offering since 2015. Paused by both an oversaturated market and the onset of COVID-19, the property sat dormant, even with a price drop, until Kereen accepted the project and restructured its position.

Selling for over 4% of its listing price with a home value approximately 81% above neighboring property rates, the McPherson Mansion Roswell, Ga is one of Kereen Henry’s proudest real estate accomplishments of 2021, closing out her year with well over $4 million dollars in escrow.

Kereen Henry is an Atlanta-based Real Estate Agent, Real Estate Investment Consultant, and Author of the books the Complete Guide to Buying A Home and Selling Secrets You Can’t Afford to Miss. Ending the 2021 fiscal year with over $4 million dollars in escrow, Kereen is adept at developing lucrative investment property strategies and securing exclusive and high-profile estates.

Wondering how much your ATL home is worth in today’s housing market? Click here for an instant home valuation. Or click the button below to order a more thorough Comparative Market Analysis (CMA) from Kereen Henry.